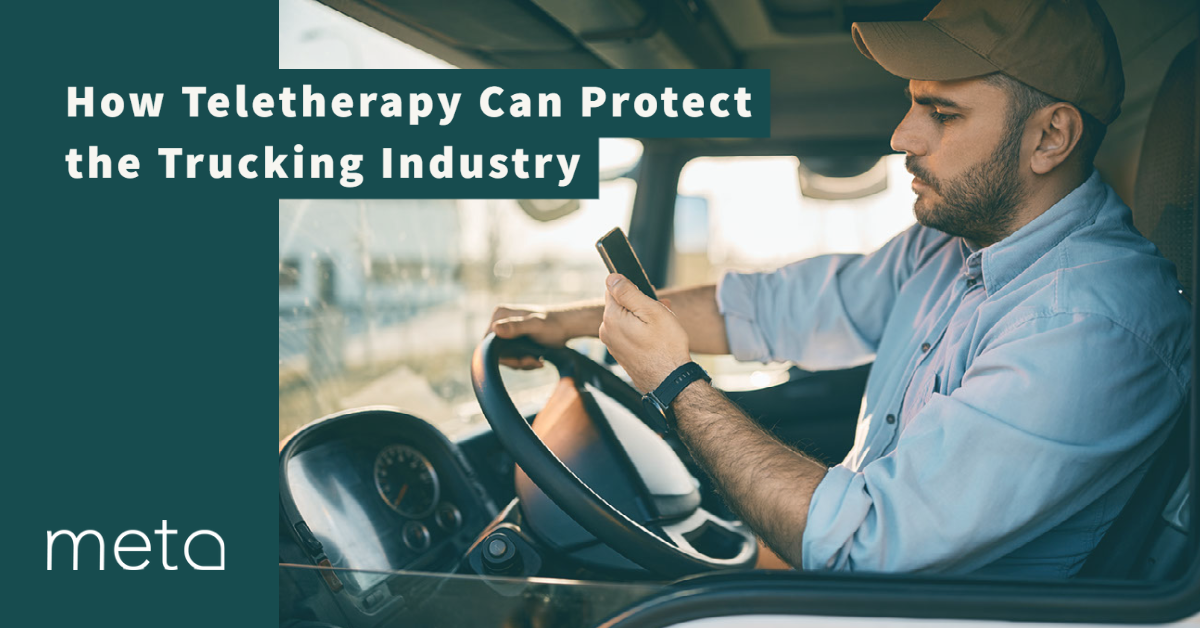 Could you go a whole workday without interacting with anyone at all?

It might sound like an introvert’s dream, but for truckers, it can quickly turn into a nightmare. Studies show regular interactions at work are beneficial for people’s health: positive work relationships reinforce cardiovascular, immune, and neuroendocrine systems.

Most truckers spend long hours spent alone. Each year the average over-the-road trucker spends 300 days on the road working as much as 14 hours per day.

Trucking is a lonely occupation, and prolonged loneliness comes with serious consequences. It affects the industry, the trucking companies, and the well-being of truckers themselves.

The Cost of Social Isolation in the Trucking Industry

3.6 million professional drivers in the United States spend most of their job in isolation. They clock in early, clock out nine or ten hours later, and can sometimes go the entire shift without saying a word to anyone.

Health problems including heart disease, anxiety, and depression are associated with loneliness and social isolation. Long-haul truckers get the worst of it; they’re more likely to smoke, be overweight, and be less physically active than other US workers.

Isolation can even lead to death: compared to other occupations, truckers have some of the highest suicide rates in the country.

Depression leads to poor sleeping habits, which makes drivers more likely to be involved in accidents. At best, this could lead to increased insurance premiums or the suspension of their commercial driver’s license. At worst, it means an injury or even death.

Though the financial cost pales in comparison to the emotional burden shouldered by truckers, this cost ends up on the companies themselves. Between extra sick days, higher insurance, and training new drivers altogether, the effects of social isolation can be an incredible drain on a company’s finances.

So, how do we break the cycle and protect the trucking industry?

Teletherapy in the Trucking Industry

Teletherapy in the trucking industry has directly improved the mental, emotional, and financial burdens of social isolation. Even a few years ago therapy was unattainable for most truckers — therapy meant a trip to the therapist’s office, but truckers can be away from home for weeks at a time.

Thankfully, telemedicine is common now. Therapy is now just a smartphone away.

Apps like META facilitate everything from finding the right therapist to the video sessions themselves. Unlike other telemedicine, META only has providers who are available and accepting new clients. With META, truckers can connect with a therapist at any time, from anywhere in the county, without waitlists, referrals, or complicated intake processes.

META has made therapy more easily accessible to help truckers avoid the effects of social isolation that hurt them, their families, and their employers.

Schedule a call with META to make sure your truckers have access to world-class therapists whenever they need one.